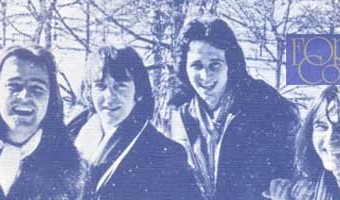 A foreigner to remember

TULSA Think about this. You’re hired as the front man... more

TULSA Think about this. You’re hired as the front man for a rock-n-roll band who has had a signature sound throughout the 80’s, whose songs can usually be recognized within the first note or two and whose original lead singer had a voice that instantly identified the band. What’s a front-man to do? Well, if you’re Kelly Hansen of Foreigner, you rock your heart out and ring in the new year with a January 8th show at the Osage Million Dollar Elm Casino in Tulsa. You give the people the Foreigner they remember.

“When I go to a concert I like to hear a song they way I learned to love it on the radio. I think you have a responsibility as a performer to give people what they want to see. I didn’t worry about if people were going to accept me. I had the support of Mick (Jones) and the guys”

Being accepted hasn’t been a problem for the Foreigner of late. With nearly 400 tour dates under his belt with the band and a new album being tooled and set for release the band has hit its sweet spot.

Still, Hansen is fronting a band in 2008 that carved out its own spot in Rock History in the 80’s Original lead singer Lou Gramm’s voice lent power and substance to hugely popular songs like “Juke Box Hero” and “Double Vision”. After Gramm left the band and after one more lead vocalist change, Hansen hooked up with the rest of the musicians, auditioned, and got the gig.

“I was on the internet reading an article and read about this charity show the guys from Foreigner were doing. I started making some calls, got in touch with management and found out behind the scenes they were really thinking of revamping Foreigner. They sent me some music without vocals, I cut a demo, they heard the demo, they invited me to jam with them, we did and they called and asked if I wanted to start rehearsing and that’s basically how it happened.” But he says Foreigner’s success and staying power has less to do with who is singing, and more to do with what’s being sung.

“In Foreigners case, first you have the songs. You had a band that was a little bit different in their style. Foreigner was one of the first bands to sell over a million albums. They stayed up top in the charts more than a lot of the bands of that day.

In fact, their popularity in terms of chart success rivals bands like the Eagles and The Rolling Stones. And Hansen says that popularity came from Foreigner’s willingness to play quality music in an era when a lot of bands were hit-and-miss.

“ There was a desire to maintain a level of quality that a lot of bands didn’t seem to be able to keep up with.”

It’s a work ethic that he subscribes to. Their 2008 dates were all stateside so they could cater to their U.S. fans and work on the new album. With 2009 kicking off and Tulsa on the calendar, the Foreigner you see at the Osage Million Dollar Elm Casino will be a blend of classic Foreigner and fresh new tracks.

At a show you wait for the popular songs and then you hear songs you didn’t realize Foreigner did. Then you’re thinking ‘Oooo, I didn’t know they did that one’”.

As for fans who are a little worried about Foreigner without Lou Gramm, Hansen suggests giving it a try.

Bruno Moore is a freelance writer living in Bartlesville, Oklahoma. A Florida na...