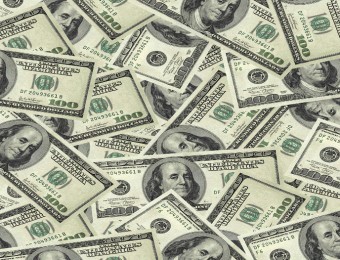 HOLLYWOOD – QNA investigates Hollywood’s history of ‘creating’ celebrity romances and discovers that today the media feed the frenzy more often than publicists do.

Celebrity romances have long intrigued the wide-eyed, curious and often gullible public. The links, though, have sometimes been frayed, loose, even broken. You may want to sit down before you read this. The truth is: some celebrity romances have been, well, faked. Phony. Made up. Conjured, if you will. Why? Because that’s the way we like it.

The practice of inventing mutually beneficial romances is ancient. We could go through a dirty laundry list of royal figures in world history whose marriages and courtships were faked to hide more titillating truths – sometimes for the good of the sovereignty, sometimes to avoid the guillotine.

And, let’s not forget the 1863 marriage between midget Gen. Tom Thumb and minuscule Lavinia Warren, staged by P.T. Barnum to promote his circus. But Hollywood wrote the book on modern fake relationships. A kinky combination of the strict moral codes of the 1930s, the advent of gossip columns and people’s curiosity about who’s sleeping with whom fueled press agents’ invention of romances. Rock Hudson and Doris Day, Fred Astaire and Ginger Rogers, Frankie Avalon and Annette Funicello, Mickey Rooney and Judy Garland – a slew of fake relationships were bred in Hollywood to hide truth, to get someone’s name in print or to simply arouse the curiosity of a celebrity-hungry public whose appetite for gossip is insatiable.

Jeanette Walls, celebrity reporter for MSNBC, details the history of Hollywood gossip and follows its evolution to the modern era in her book, Dish. ‘Fake romances were absolutely commonplace,’ she says. ‘It was very important for sex symbols to be paired up. Reporters weren’t duped. They were aware of the whole game.’ The studios got publicity, and the journalists got ‘hot scoops.’ ‘America doesn’t have royalty, so celebrities are the closest we get,’ says Walls. ‘There’s a type of person in this country, a type of movie fan, who wants a specialized person in the role of celebrity, an idealized, perfected view of reality, and that’s what they were given with some of these perfectly phony romances. Then there are some of us who are fascinated by the seamy underside of things.’

Driving the love machine The trick in the early days of Hollywood was to establish the romance as hot but wholesome, steamy but acceptable – even if barely so. ‘Press agents were very good at calling the gossip columnists and telling them who had a candlelight dinner the night before,’ says Johnny Grant, a former broadcaster and television personality who now presides over the Hollywood Walk of Fame. ‘Or they would tip somebody off to the name of the restaurant; then the reporter could go and watch the action. More than half the time, the people having dinner together barely knew each other.’

Romances staged by studio publicity machines indicated ultimate studio control. Studio publicists were often forced to outwit columnists such as Hedda Hopper and Louella Parsons, not to mention the dozens of Hollywood gossip magazines, including the notorious Confidential, by inventing relationships to divert attention and cover up other information.

‘Confidential broke the silence and made The National Enquirer look tame,’ Walls says. ‘That thing was raunchy. It went after people who violated the taboos of the ’50s, all sorts of items on interracial marriages and Commies. ‘He’s a Red!’ That kind of thing.’

‘Studios took control back then,’ says Harry Clein, a Hollywood publicist for nearly 40 years, and co-founder of Clein + White, a Hollywood PR firm. ‘A friend of mine who was a publicist during that era told me she would walk around at parties and take the cigarettes and drinks out of clients’ hands whenever a photographer walked in the room. So if they wanted a romance rumor planted, it happened.’

Judy Garland endured the practice early and often, such as when she was linked to fellow child star Freddie Bartholomew. ‘Oh, that was one of those studio publicity romances,’ Garland told Screenland magazine in late 1939. ‘They were in vogue at the time. Sonja Henie and Tyrone Power, and Wayne Morris and Priscilla Lane. It really didn’t mean a thing.’ Then there was Loretta Young, who at 20, was reportedly head-over-heels in love with the 33-year-old, married Spencer Tracy. Later, publicists advertised Young as paramour to Power, one of the true kings of staged romances. That one was fake, but Young’s love for James Stewart was real, according to her daughter, Judy Lewis. ‘She wanted Jimmy to ask her to marry her, and he never did,’ Lewis writes in her mother’s biography.

Things changed when the studio system broke down, and more independent and intelligent stars such as Stewart hired their own publicity agents, with instructions to keep things more truthful – or at least invent lies that had nothing to do with romantic liaisons.

‘By the ’50s, pretend romances had changed,’ Clein said. ‘The public had become slightly more aware, and the reasons for concocting a pretend romance became more complicated.’

Perhaps the most celebrated 1950s example is Rock Hudson, who was secretly gay and constantly matched with eligible women. ‘The idea of outing Rock was unthinkable,’ Walls said. ‘Everybody in journalism knew what was going on, just as they know now. The difference is: back then, everybody went along.’ Through the ’60s and ’70s, the sexual revolution made the invention of celebrity romances almost inconsequential. But, by the mid-1980s, things had changed again. People magazine was introduced, and tabloid popularity increased dramatically. Once perfect, though phony, romances were no longer trumpeted by publicists. In fact, publicists often avoided the subject altogether. When magazines focused on celebrity romances, the public surmised that the media were planting stories. As public media-awareness grew, celebs and their publicists began to close ranks. The balance had shifted; celebrity PR was on the defensive.

By the ’90s, publicists were mostly tight-lipped, unless the client was an up-and-comer who needed press no matter the content. For the most part, less was more. ‘We never even considered inventing a romance for the good of a film,’ says Alan Amman, an SVP of publicity at Fox during the early 1990s. ‘Those things were usually planted by the press. If something did come up, we let the personal publicists for the stars handle it.’

‘There is so much access today that publicists are wary,’ Grant said.’It’s funny, because stars used to complain about the control of studio publicists. But they were protected. The studio would come up with a bio of their lives, and that was the story forever. Of course, it caused problems when a bio said you were the star quarterback in high school, and somebody discovers you were the third-string center.’

That doesn’t mean, Amman says, that studios panicked when some of the lighter rumors about star romances surface.’I don’t think studios necessarily frowned on some of those rumors,’ Amman said. ‘There were films that needed publicity, and that was one form of publicity, however useful. But at the same time, such things also made publicists more reticent with certain press outlets.’ Arranged marriages between gay and straight actors remain an intriguing topic. ‘Homosexuality remains taboo, though not nearly as strong as when some of these romances were arranged early on in Hollywood,’ Walls said. ‘The journalists know about it, but they won’t write about it. By not writing or talking about these marriages, are we perpetuating a myth, engaging in intellectual dishonesty? If we out people, though, we are seen as gay bashing. In these terms, celebrity journalism is still an oxymoron.’

Privacy issues aside, does the public really want to know? ‘If you tell, some people get angry and upset,’ Walls said. ‘The star is somebody people want to fantasize about. If they can’t fantasize, the celebrity loses appeal.’ Today, film fans still wonder about the validity of many Hollywood romances, though in the era of instant Internet gossip, publicists are sometimes out of the game before it starts, left only to confirm, deny or remain mute. Rumors are often launched by fans, who spot cooing lovebirds, send a well-placed e-mail and watch modern technology do the rest. Take Leonardo DiCaprio, whose romance with Brazilian model Gisele Bundchen has gone through many unofficial confirmations and denials. Today, Leo and new girlfriend Bar Refaeli spottings make the Web rounds faster than a bad virus.

So while the game has changed, the practice remains – in new form with new rules, which are in many ways more vague than ever. ‘The handlers have more limited access than they did in the studio days, but they are also insistent – as much as ever – that the stars don’t pour their hearts out to the press,’ Walls said. ‘In a way, the stars have gone back to the top of Mount Olympus.’ So when Kevin Spacey and Helen Hunt are linked during filming or Matt Damon and Penelope Cruz or George Clooney and Ellen Barkin, the pairings may have little to do with reality. Just how much do these purported liaisons have to do with publicity and publicists?

‘Too close to call,’ Walls said. ‘Many of these things, for various reasons, aren’t even close to truth. But do you think that maybe the industry is happy to let fans think the sex scenes were so hot, they boiled over into real life? It may not be as innocent as it once was in Hollywood, but romance still sells.’

Dan Bennett is a film, arts, culture and business reporter whose work has appear...