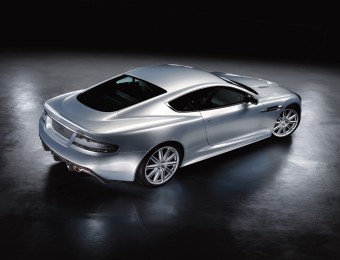 James Bond’s Ride to the Beach

LOS ANGELES -There is an almost unexplainable ... more

LOS ANGELES -There is an almost unexplainable dichotomy in driving James Bond’s Aston Martin DBS through the dusty Hollywood Hills to the cragged canyons that meet the Pacific Ocean. The Aston Martin is, of course, all class, a finely schooled gentleman in a three-piece suit. And like that well rounded renaissance man, the DBS is equally comfortable sipping tea in the parlor, or flexing its muscles in a competitive game of polo, rugby, or dare I say, football? This tailored prince of a car should feel terribly out of place in Southern California’s smoggy highways and dirty byways, uncomfortable on its gravelly, winding mountain roads and salt choked, ocean view lanes. And yet, let’s face it…this car was made for Southern California.

First off, the DBS definitely plays the part. Like many of the residents of Los Angeles, this car is a movie star, an eye-catching looker with drop dead good looks and bulging muscles. As I navigate the city for a day in the $262,000 sports car, I am greeted with looks of envy and awe from people of every ilk. Road maintenance workers give me the thumbs up as they direct me through one lane stoppages, business men in their BMWs stop talking on their Bluetooths momentarily as they size up my ride, and two young girls actually call out, “We like your car,” even though I’m passing them far too quickly to possibly respond.

The DBS’s timeless design could pass for sculpture. Its subtle exterior lines, ample use of carbon fiber, and an interior swathed in Alcantara and semi-aniline leather constitute a near perfect fusion of sexy cutting edge technology and traditionally sophisticated British styling. Aesthetic details abound, from the classic Aston Martin console chronograph and the red-flashing key ignition sequence to the precisely placed umbrella in the trunk (this is an English car after all). Even the gauges, laid out with a mirroring symmetry in which the tachometer actually ascends in an unusual counter-clockwise direction, attest to the highest level of aesthetic consideration.

And like a talented Hollywood actor, the DBS has the skills to pay the bills, matching its beauty with brawny performance. With just a touch of understeer, it effortlessly carves up the mansion studded Mulholland Drive, famed for its winding and meandering tour of the Hollywood Hills. This car does not, however, meander by any stretch of the means…it accelerates with purpose. It passes with ease my true test of its abilities, an even windier stretch of mountainous climb in the Malibu canyons, a twisting and narrow ascent to a peak in the Santa Monica Mountains that frequently involves thirty degree inclines.

On paper, the DBS is certainly up to these tasks. With a 6 liter V-12 engine that seems to give off more heat than the desert sun, this Aston Martin claims a 0 – 100 Km time of 4.3 seconds. It’s capable of 510 horsepower and 420 pound-feet of torque. Its polished alloy race pedals, with their weight saving perforations, respond evenly and willingly to input. Acceleration is thrilling and I’m comfortable exceeding freeway speeds in second gear as I enter the murky ocean of traffic. Unfortunately, Los Angeles’ crowded ribbons of concrete will not allow me to utilize the entirety of the 6 speed manual transmission, whose shifter operates with crisp, short throws. The brakes are astounding; powerful, smooth and evenly applied. Slaloming my way back down the Santa Monica Mountains, I rarely feel even a hint of body roll or lift.

It’s easy to see why James Bond would like this car. Aston Martin has always served the superspy well, though. In its film debut, in 1964’s Goldfinger, the brand new Aston Martin DB5 saved 007’s hide on more than one occasion, thanks to the handiwork of special effects whiz John Stears. Stears, who would win an Oscar years later with his work on Star Wars, took a development prototype DB5 in early 1963, before the car had even been seen by the public, and remade it with a host of gadgets and gizmos in a dizzying two month stretch that surely involved very little sleep. His efforts certainly paid off; the car is now regarded by many experts as the most famous car in the world.

Aston Martin would flow in and out of Bond’s periphery through the next forty odd years. The DB5 was featured again in the following film, 1965’s Thunderball, where it generated some more tricks. In 1969, for George Lazenby’s one-off appearance as 007, On Her Majesty’s Secret Service, Bond was outfitted with the first generation DBS. The car was used only as a driver and featured no tricks. Not originally very popular, that DBS can be bought today as a relative bargain, and its subtle looks improve each year. Timothy Dalton’s Bond got the benefit of AM V8 Vantages and Volantes for 1987’s The Living Daylights. Appropriately, the film and the cars are considered to be darker chapters in both franchise’s storied histories.

James Bond seemed to take a vacation when the Iron Curtain fell, but in 1995, with Pierce Brosnan on board for GoldenEye, both the spy and his beloved car were resuscitated. Brosnan was endowed with the classic DB5 as a personal car. In one scene, he famously races femme fatale Famke Janssen, who sports a new Ferrari F355. In Bond’s world, the 60s Aston is actually competitive with the technologically superior Italian thoroughbred. Said production designer Bruce Feirstein in an interview, “I felt we had to bring back the Aston Martin DB5. For me, the car spelled out: we know who we are.” Brosnan’s Bond would dabble with BMWs, but for the 40th anniversary of 007’s film debut, 2002’s Die Another Day, Bond would have the benefit of a weapons equipped Vanquish.

In 2006, Bond and Aston Martin got a reboot of sorts. Daniel Craig took the part of 007, and in Casino Royale, we see a Bond who is just starting his spy career, albeit in today’s modern world of terrorists and Texas Hold ‘Em. He drives two Aston Martins in the film. One is the storied DB5, which in a wink and nod sequence, he slyly wins from a villain over a game of poker. The other was the then unseen second generation DBS. Bond’s version had a few more options than the one I drove, of course. Mine did not come with an automatic pistol or defibrillator in the glove box, though perhaps it should have, as this is the kind of car that will make hearts stop.

The DBS has an Adaptive Damping System for safer handling that can be adjusted or switched off for either a day at the track or for the truly adventurous and skilled driver. As I momentarily disengage the safety measure, I wonder if it was in use during one of the car’s recent bits of notoriety. Due no doubt to some amount of operator error, a car bound for the filming of 007’s upcoming film Quantum of Solace, to be released on November 6, took a swim. It seems a driver charged with delivering the car to set last April got a little overzealous in challenging the Italian hills surrounding Lake Garda. It was raining heavily, apparently, and before he knew it, the driver had slid the car off the road and into the lake. The driver escaped with minor injuries…the DBS was not so lucky and was famously depicted in newscasts and internet sites being fished out of the lake by a large crane. Maybe the driver thought this car shared the capabilities of the submarine morphing Lotus of The Spy Who Loved Me. Surely he knew the DBS is a three-piece suit, not a wet suit.

Mike Daly is a Los Angeles based automotive writer who likes concept cars a lot ...