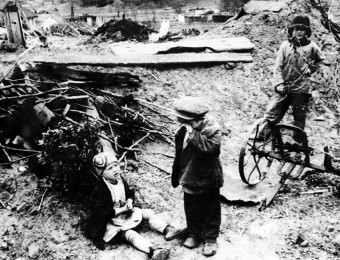 An all-round visual artist from Taiwan

Taiwanese visual artist Baw Lu does it a... more

LOS ANGELES – For the past five years, American photographer Paul Garson searched the internet for pictures taken by German soldiers and civilians during the rise of Adolf Hitler and the outbreak of the Second World War. His quest resulted in the stunning photobook Album of the Damned. Snapshots from the Third Reich: 1933-1945. “At first, I was looking for pictures of antique motorcycles”, Garson explains. “One day, when I came across a picture of a group of German soldiers who posed with their motorcycles with a broad smile on their faces, my interest was piqued. From that moment, I started searching obsessively for pictures that portrayed a strong image of day to day life of the German troups and civilians as well as a balanced commentary on the ideology of the Third Reich. The photos, purchased from a large number of European countries such as The Netherlands, Belgium, Luxembourg, Germany and Denmark, don’t show heavy tanks, but strictly personal stories.”

Interest in the book isn’t confined to the twelve European countries where Garson purchased photos from private collections as the book is in great demand in the United States as well.“Many Americans think that America has won the Second World War, but in fact, American troups only landed in May 1944 at the European continent when the war had been raging for five years”, Garson remarks. “Something else many Americans are oblivious of is how heavily the Russians have fought the German troups. Because of all the research I have conducted, I got to see the war from a different perspective. I’ve learned about ‘the war in the war’, meaning the structural extinction of the Jews in Europe. Plus the information that the Germans were supported by allies in Austria, Italy, Latvia, Estonia and Lithuania and didn’t operate just on their own.”

The American photographer and journalist purchased over four hundred photos from commercial vendors as well as private parties. “Sometimes I was dealing with the grandchildren of soldiers who had passed on; they were interested in making a fast buck. And sometimes I dealt with vendors who had travelled through Germany, Poland and the Ukrain where they had bought albums with private photo collections. My aim is to make these amazing pictures available to a large audience.”